Even hearty electricians need to be celebrated now and then. What better way than white chocolate, buttercream-frosted cupcakes, decorated with electrical outlets?

I need to specify, right off the bat, that I didn’t make these cupcakes in any sort of healthy fashion. They were the full fat variety. Why? Because Thomas asked me to make his electrician coworkers some cupcakes and I didn’t want to take any chances.

Besides, these guys burn it all off out there anyway. They’re working on a substation outside, and they’ve been there all winter and spring. I have a lot of respect for these electricians. I sure couldn’t do that.

However, if you want to make a version of these healthier, you can always swap in avocado for the oil, or swap in pumpkin for both the eggs and oil. I’ve never tried the latter, but I mean to soon. I just read in a magazine that that’s an option, and I’m not gonna lie…that sounds awesome!

I wanted to make something other than plain cupcakes (’cause what’s the fun in that?) so I went on Pinterest and looked up “electrician cupcakes”. Everything that came up was very fancy and looked super complicated. So I decided to come up with something on my own, and here’s what came of it:

Get it? They’re outlets!

Now, this did take longer to do than I thought it would. But from what I understand, the guys loved them and ate every last one (I made two trays). I think the frosting was the icing on the cake…well, obviously, and literally. 🙂 Good frosting really helps make a cupcake.

In case you want to try this yourself, here’s what I did. I used a simple box mix for the cupcake batter. Honestly, I have no problem doing that, since I put a lot of effort into the other aspects of the cupcakes. But I know some feel that’s scandalous.

Then I used Domino’s Chocolate Buttercream Frosting recipe, but swapped in white chocolate chips for the unsweetened melting chocolate. So yes, the frosting was very sweet.

I put the frosting on with a small toddler butter knife, and tried to make it look like a vertical rectangle on each cupcake. Not as quick as I expected, but not difficult either.

For the outlets, I used Vanilla Saltwater Taffy. I took a piece, cut it in half, then shaped it with my hands into something close to an outlet socket. Honestly, that’s what took the most time. Drawing the black lines on the taffy wasn’t difficult. I cheated and used Cake Mate’s Writing Gel. The writing gel wasn’t as easy to work with as I hoped, but it got the job done.

Just make sure to get the lines right (the left is vertically longer than the right). I know at least one of the electricians was really surprised I didn’t mess that up.

After that, all I had to do with the taffy was press it into the frosting and the taffy stuck. And there you have it. Simple, but time consuming. A little cheesy, but I think that made them fun to joke about for a bunch of construction guys eating dainty, buttercream-frosted cupcakes. 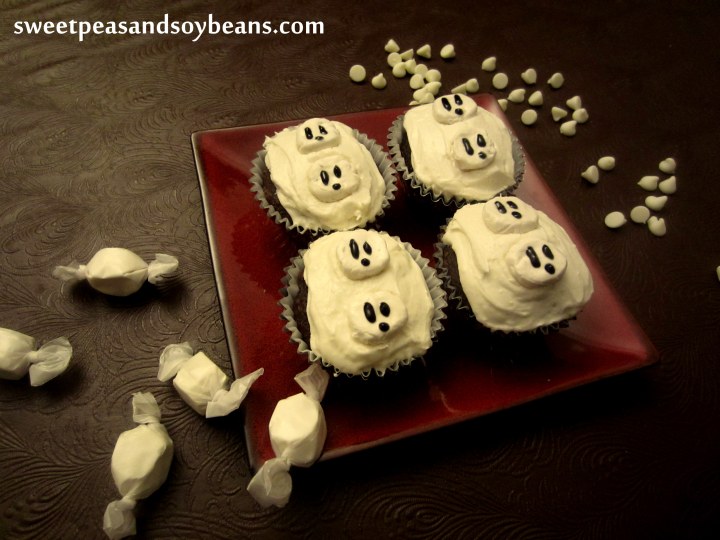