So yes, it has taken me almost a week just to get this up here. I thought I was prepared/correctly remembered what it’s like to take care of a newborn.

Yeah, that was stupid.

I think our minds purposefully make us forget this part (that, or the complete lack of sleep), just so we’ll do it again and continue to procreate. And yes, I expect to fall for nature’s trick again someday. It’ll happen. This little guy is so darn cute when he’s all snuggled up against me. I can sleep later.

However, I should probably go take a nap since he’s sleeping, so I’ll wrap this up quickly. The birth went fine. I had a waterbirth…that was interesting. Thomas defines it as “weird.” But we both acknowledge that laboring in a tub is awesome and very helpful. So far, Jack seems to be in great shape. All that cooking seems to have paid off. There’s no signs of the colic or digestive issues Ginny had, so that’s a wonderful relief.

Oh, and by the way, Baer is simply the German spelling of bear. When Thomas and I were first trying to get pregnant (which took a lot longer than anticipated), we kept saying how much we wanted our little Ginny Bell or Jack the bear. And now we have both. 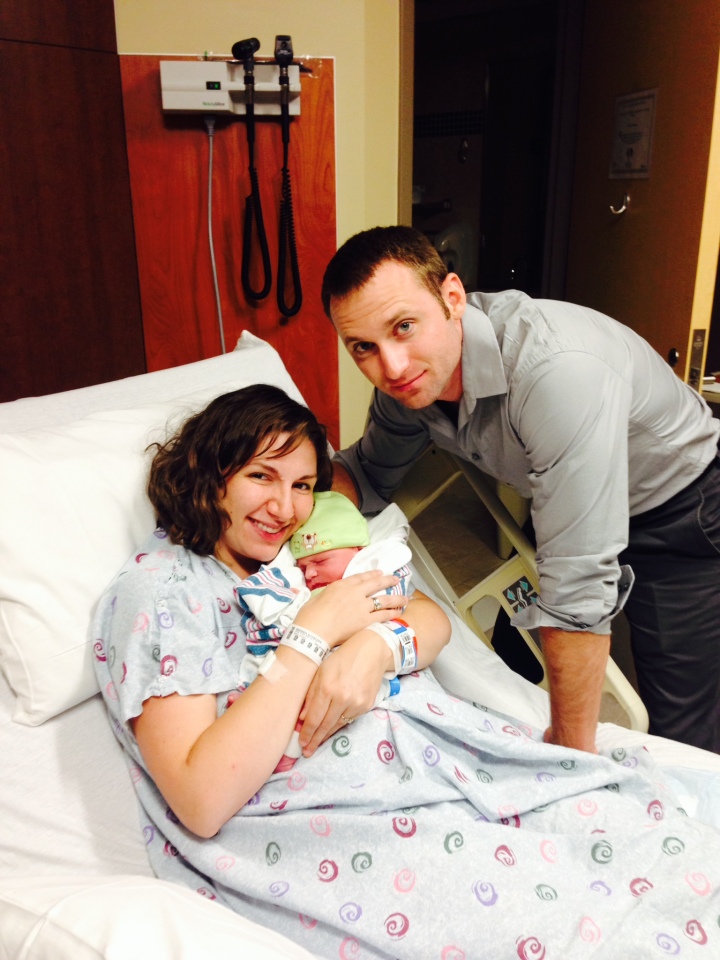